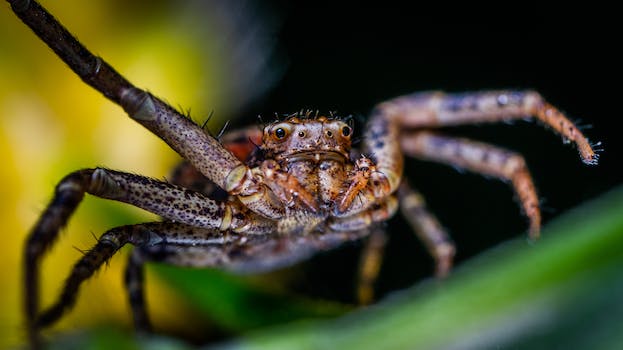 All of us know that snake bites and spider bites can be venomous.However, one should comprehend that just as all snakes aren’t poisonous, all spiders doesn’t have that deadly bite also. Did you know that spiders that are found in your household may have a poisonous sting too?

All that you wanted to learn about venomous spiders

Spiders are one insect that many people are scared of and they are found all around the world in huge numbers. Here are five things you can not know about spider bites.

· typically, spider bites are non-poisonous. However, there are spiders such as the black widow and brown recluse which have deadly bites. Yes, their bites can be fatal and may need immediate medical attention. Often over-the-counter pain relievers reduce swelling.

· If someone gets a venomous spider bite then the pain he feels from the sting can lasts for much more than 24 hours. On the other hand, the pain which is caused from non-venomous spider bites does not last longer than an hour and vanishes shortly after. If an individual does not feel relief from the pain after an hour he must consult a physician immediately.

· If bitten by a spider, one should first wash the wound with soap and water and tie a tight bandage over the bitten area so the venom cannot spread. A wet cloth or a cooling pack should then be placed on the affected area to reduce swelling and pain.

· If someone gets bitten by a spider and suffers from nausea, fever, vomiting, headache, abdominal pain or joint pain then it’s quite possible that a black widow or brown recluse spider has bitten him and he should be rushed to the hospital without delay.

· The most concerning thing about a sting is that its venom can quickly spread in the entire body and might contain neurotoxins and necrotic agents in them. The venom must be removed from the body at the earliest so that it can’t spread to other body parts from the affected region.

Taking good care of yourself if a spider has bitten you is most important. After all, it’s always better to be careful.